Robert Ellis sell properties in Castle Donington, a large village/market town in North-West Leicestershire which is on the borders of three counties – Nottinghamshire, Derbyshire and Leicestershire and according to the 2011 census had a population of 6,500 residents, although with the current new homes developments in the Park Lane area of the village, the number of residents in Castle Donington will grow by a further 3000 people over the next few years.

Lace making was once an important local industry up to the 1850’s and Bond Gate, Borough Street and Clapgun Street formed the nucleus of the town with there once being a castle at the end of Borough Street on Castle Hill.  Stone from the castle being used to build Donington Hall, Donington Park and other properties in the area, a number of which have been valued over the years by Robert Ellis.  There are several Georgian and Regency houses in the centre of the town, with larger estates being built in the 1970’s off Park Lane with there being a site built by Bloor Homes over the past 10 years at the end of Park Lane and since the Castle Donington loop road was constructed in 2020, there have been several new home developments being built by national house builders which include Miller Homes who are building Chartersgate, a development of 2, 3, 4 and 5 bedroom properties, Redrow Homes are building Foxbridge Manor which has 3 and 4 bedroom properties and William Davies Homes are building Regency Park on which there is a choice of 2, 3 and 4 bedroom properties, all of which will add several hundred more properties on the edge of this vibrant market town.

East Midlands Airport was formed in the 1960’s on what was RAF Castle Donington with the airport opening in 1965 and it is now the 10th largest airport for passenger travel with companies such as Ryanair, Jet2, Thomson Airways and Thomas Cook Airlines as well as DHL operating from the airport and it is the second largest in terms of freight and cargo and with the development that has taken place around the airport, it has become an important economic centre in the region and a major place for employment.

In 1958 Castle Donington Power Station was opened which was to become one of the largest coal powered power stations to be built in Europe, but it was decommissioned in 1994 and demolished in 1996 with the site now being developed by Clowes Developments into a large distribution centre with the principal tenant being Marks and Spencer who have a 500,000 sq.ft. distribution centre which has become something of a landmark in the area.  This development has since been joined by similar size commercial buildings at the £700m distribution hub near to East Midlands Airport known as Segro Logistic Park East Midlands Gateway on which Amazon opened in 2019 with a 500,000 sq.ft. distribution centre and Xpo constructing a 700,000 sq.ft. building opening in 2022 which will operate a storage and distribution facility for Nestle.

Further excellent transport links include the East Midlands Parkway station which opened in 2008 near to Radcliffe on Soar and this provides links to Midland Mainline which, with high speed trains coming through the station from both Nottingham and Derby taking you through several major towns and cities, to London St Pancras.  There is also J24 of the M1 which with the commercial property development that has taken place over recent years around the airport has had improvement works carried out to the M1 and surrounding road network.  There is also the A42 which runs to the South of Castle Donington, becoming the M42 connecting to Birmingham and the West Midlands and the A50 runs to the north of Castle Donington and this takes you to Stoke on Trent and the M6.

There are two primary schools in the village which are St Edwards Church of England Primary School at Dovecote near the centre of the village and The Orchard Community School on Grange Drive which is just off Park Lane and for older children there is the Castle Donington College which is based at Mount Pleasant in the village.

Donington Park racing circuit is an internationally renowned and historically significant race circuit which is now owned and run by MotorSport Vision (MSV) and is a track which is a 2.5 mile GP circuit which in 1993 hosted the European Grand Prix – won by the late Ayrton Senna.  Current premier events include FIM Super Bike World Championships, Bennetts British Superbike and Quickfit British Tour Car Championships, British GT and F3 and British Truck Racing.  The circuit also hosts the Donington Historic Festival and Classic Motorbike Festival and many club car and bike meetings and various professionally run track days.  During the 1980’s and 90’s Donington Park was the original venue of Monsters of Rock and is now home of the annual Download Festival which is usually held in June.  The race circuit is also home of the Donington Grand Prix collection which is the worlds largest collection of Formula One and Grand Prix vehicles. 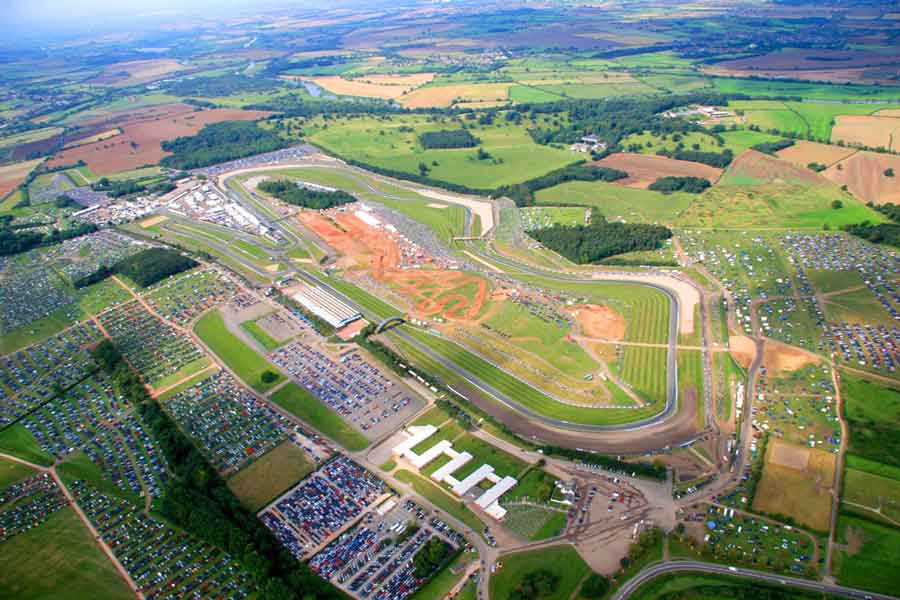 Donington Hall is situated towards the end of Park Lane and was originally a mansion house set in parkland with the original house being built around 1790.  The house is now owned by MSV who own and operate the Donington Park race circuit and other circuits in the UK.  In 1976 British Midland Airways purchased the hall from the Shields family and converted it into their headquarters and with BMI Baby also being based in the hall and the adjoining building, there were 800 people employed by BMI and its subsidiary businesses working out of these offices.  With the collapse of BMI in 2012 the hall was purchased by Stuart Garner who ran Norton Motorcycles and in 2016 he purchased the adjacent Priest House Hotel but with the failure of this business the hall was placed on the market and purchased in 2021 by MSV with the hall now being connected to the race circuit by a 1 mile long landscaped drive. 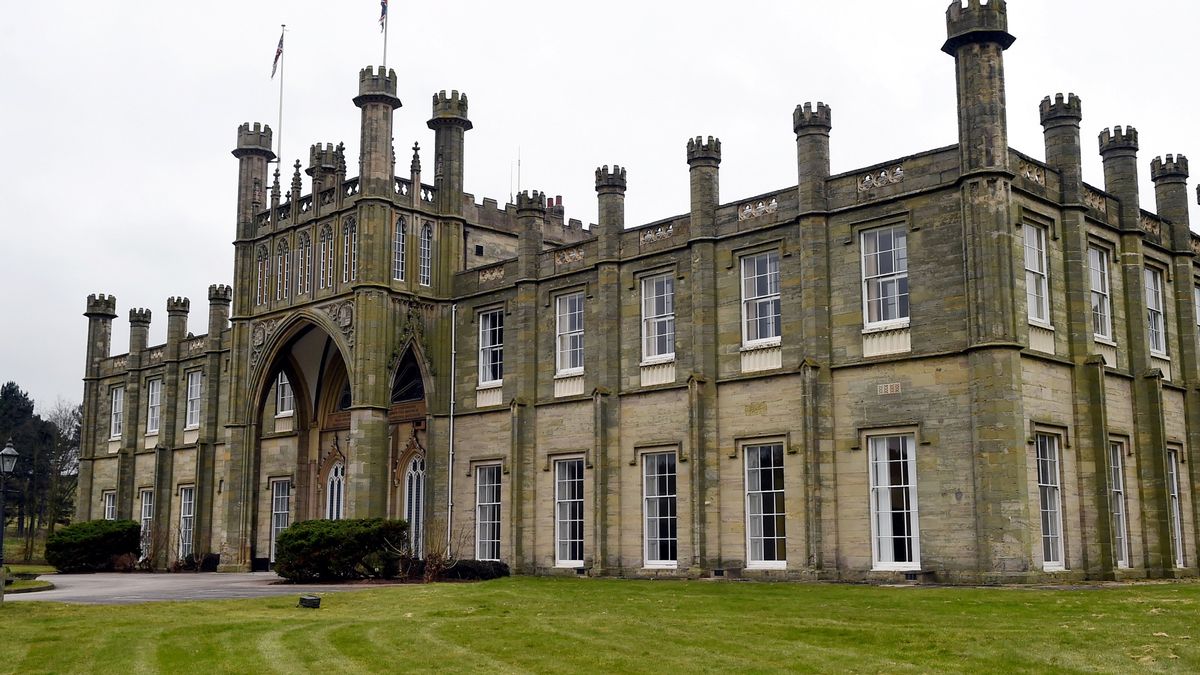 Castle Donington also has several local pubs and restaurants which are very popular with people from outside the village as well as locals.  These include The Castle Inn on High Street, Lamb Inn on Station Road, The Cross Keys on Bondgate, The Jolly Potters on Hillside, The Flag Micro Pub on Borough Street, The Apiary on Borough Street, Old Crown Inn, the Ghandi Indian Restaurant on Borough Street and Orissa Indian restaurant on Market Street.  On the outskirts of the village is The Nags Head Bar and Bistro, The Priest House Hotel and Restaurant on the banks of the River Trent at Kings Mill, The Jolly Sailor at nearby Hemington and slightly further afield, The Bulls Head at Wilson, The Three Horseshoes and Holly Bush at Breedon on the Hill and several pubs and restaurants can be found at Shardlow.

Castle Donington is a vibrant market town in which Robert Ellis have sold many properties over the years.  With the new housing developments taking place on the outskirts of the village the population will grow significantly as will the local employment opportunities around the airport and the large distribution centres which have been built close to Castle Donington with several more buildings of over 500,000 sq.ft. being planned to be constructed over the next few years.